David Pocock named in World Rugby’s Team of the Decade 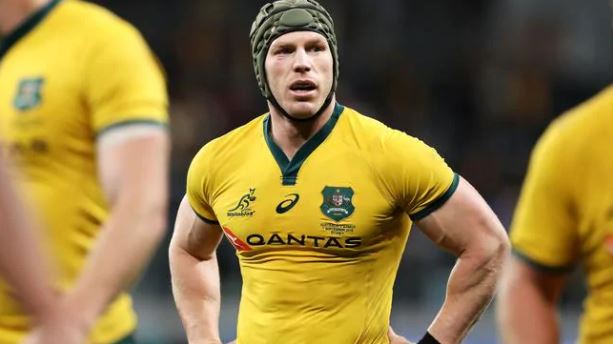 Posted at 12:49h in Latest News by blinc
0 Likes
Share

In a decade where rugby in Australia has struggled both on and off the field, only David Pocock was recognised by World Rugby with the flanker named in the team of the decade.

Pocock, who retired after last year’s World Cup, was the pre-eminent ‘jackal” of the past 10 years with his ability to steal the ball at the breakdown unrivalled. He played 83 Tests for the Wallabies including nine as captain.

In addition to the two awards she won, Black Fern Woodman was the only player to feature on both the sevens and 15s player of the decade lists The awards were announced in an online ceremony. The best players and the men’s try of the decade were chosen from the annual winners from the years between 2010 and 2019. World Rugby said it received 394,795 votes.

Because New Zealanders Beauden Barrett and Dan Carter each won the men’s award twice in the decade there were eight men’s candidates.

McCaw, a flanker who retired in 2015 and won the last of his three player-of-the-year awards in 2010, led New Zealand to victory in the 2011 and 2015 World Cups. He held the record for most Test appearances until he was overtaken by Wales skipper Alun Wyn Jones in October.

There were also eight candidates for the women’s award, although a women’s player of the year was only instituted in 2015. France fullback Tremouliere, who was player of the year in 2018, beat three Englishwomen and three New Zealanders as well as Canadian Magali Hall.

No 8 Heaslip finished off an Irish move that went the length and width of the field against Italy in the 2016 Six Nations for a try that beat efforts by a stellar collection of backs including Chris Ashton, Bryan Habana, Barrett, Julian Savea and TJ Perenara as well as hulking lock Retallick who threw a huge dummy to fool Wallaby defenders for the 2018 try of the year.

A panel of rugby greats also selected two teams of the decade. The men’s team was dominated by New Zealand and contained no French or English players.