Blinc International | David Pocock: ‘It’s hard to get out of the bubble of being an athlete’
9793
post-template-default,single,single-post,postid-9793,single-format-standard,ajax_fade,page_not_loaded,,side_area_uncovered_from_content,qode-child-theme-ver-1.0.3,qode-theme-ver-7.3,wpb-js-composer js-comp-ver-4.5.2,vc_responsive

David Pocock: ‘It’s hard to get out of the bubble of being an athlete’ 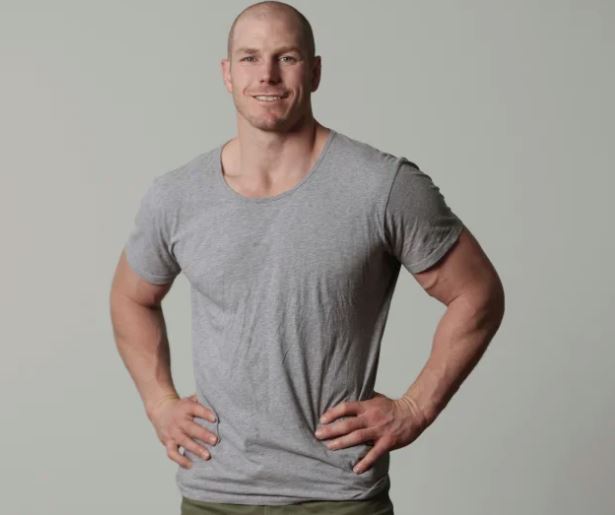 15 Apr David Pocock: ‘It’s hard to get out of the bubble of being an athlete’

Posted at 15:38h in Latest News by blinc
0 Likes
Share

Each week, Benjamin Law asks public figures to discuss the subjects we’re told to keep private by getting them to roll a die. The numbers they land on are the topics they’re given. This week he talks to David Pocock. The Zimbabwean-born former captain of the Wallabies, 31, is a two-time winner of the John Eales Medal for best Australian rugby union player of the year. He announced his retirement in September 2019.

SEX
Athletes are often told they shouldn’t have sex before a big match. What do you believe? I don’t know if they’re myths or not. I haven’t seen any studies done.

Have you conducted any personal studies? Earlier in my career I probably stayed at that end of the spectrum but I’ve discovered there are
bigger things you can focus on: sleeping better; eating better.

In 2010, you and your partner, Emma, had a commitment ceremony, but pledged to not marry until same-sex couples could do so in Australia. Why? With the marriage laws at the time, we didn’t want to join something all our friends couldn’t if they wanted to. [He and Emma were married in December 2018.]

Where did those convictions come from? Definitely wasn’t family – I grew up in a fairly conservative Christian family. It was about justice for me, more than anything. How we’d been kicked off our farm in Zimbabwe [Pocock’s family moved to Brisbane in 2002 after the family farm was seized by the Zimbabwean Government] led me into thinking about justice. How far back does that go? How do we actually move forward and build a society that is more just and inclusive?

How do you feel about being a sex symbol? [Grins] I really don’t mind it, to be honest. I find it quite funny at times.

How do people express their love of you? Well, I got something in the mail this week‚ a lovely letter saying, “I really admire you as a rugby player; I’m a really big fan. Do you mind signing a couple of photos?” It was just two big photos of me shirtless at the beach in budgie smugglers. I didn’t quite see the link to rugby, but that’s okay.

MONEY
How much did you make at the height of your career? Ooh … [Thinks] I’m not exactly sure.

Is that because someone else manages it or you’re not keeping track of it? My approach has always been to try to make decisions not based on money. I’ve got a really good manager who takes care of the money side of things.

When you are an athlete at your level, where does the money actually come from? Wages? Sponsorships? Almost exclusively from playing rugby union itself. Until recently, I’ve done almost no commercial deals, just because I haven’t been comfortable being the face of companies.

Have you thought about how you’re going to earn money post-rugby? Absolutely. Growing up as the son of a farmer, things were always tight. So it’s something I think
about a lot of the time, and something I want to be smart with.

You’re studying a bachelor of ecological agricultural systems degree. Yeah, I’m really interested in regenerative agriculture. There are some incredible innovators in the agriculture space, and right now we’re working on a project in Zimbabwe looking at ways to restore grasslands.

What do you spend too much money on? Books.

What are you a tight-arse over? Most things!

What does success look like for you outside of money? Doing things that make you feel alive. Taking risks to follow your path.

BODIES
You’re 103 kilograms and 183 centimetres tall. Have you always been a big unit? I was always pretty solid as a kid. I was in year 10 when I decided what I really wanted to do was be a professional rugby union player, and got pretty obsessive about training and gyming.

You’ve spoken about how that obsession can be problematic. In your teens you’d do hundreds of crunches every night because you were afraid of getting fat. Where did that come from? It was a way of dealing with underlying anxieties about moving to Australia; that loss in Zimbabwe. Everything else seemed out of control, but my body was something I could control.

What about now? You get better at listening to your body. At times you can really push yourself right to the edge. Other times you know that you actually need to pull back for recovery. You need to get it done, then get away from it.

You’ve sustained a lot of serious injuries over the past decade. A knee construction, a torn anterior cruciate ligament, neck injuries, a serious calf injury. What’s the cost of those injuries? There’s a physical cost. I haven’t slept with a pillow since 2016 because of ongoing management. You certainly think a lot about what life’s going to be like in 10 or 20 years’ time. When you get some perspective, though, it seems like such a ridiculous thing. You’re still very able-bodied. You’ve got amazing physios; everyone’s looking after you. But it’s hard to get out of the bubble of being an athlete where you desperately want to be able to go out there and perform your best. It’s a struggle not to try and have your self-worth tied with doing it.

What’s helped to get you through those periods? Friends outside of rugby, ones you can be honest with. Reading always helps. And getting involved in giving back.

Final question. You are known for your thighs. Could you crush a person’s skull with them? [Grins] Probably not. But some of my teammates could with theirs.